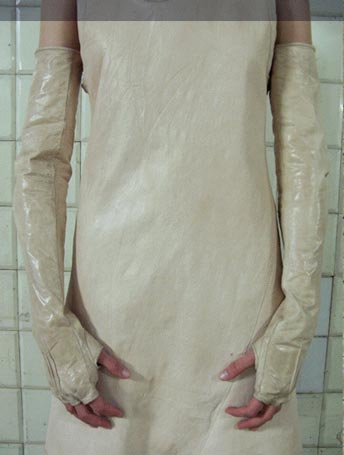 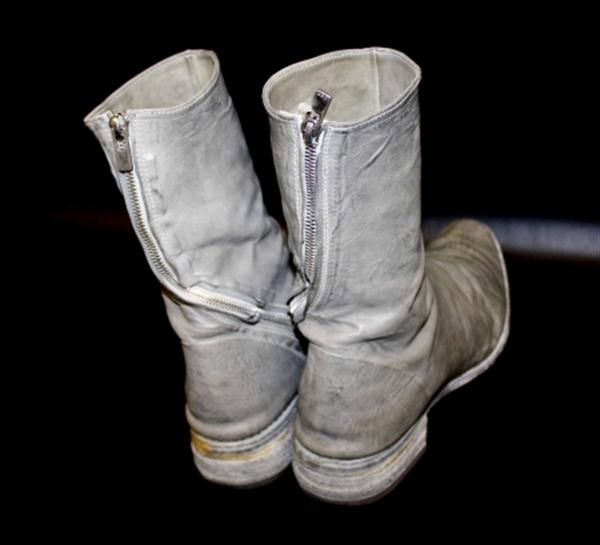 I was looking over the work of Carol Christian Poell and I was struck by just how timeless it was. Relevant, sexy, edgy, still ahead of the rest. It doesn't matter which piece or which year or which collection you choose from, it will stand with any other, like it was not from yesterday but for tomorrow. I love the presentation of the two collections, 2003 (below) and 2008* (here), Love it! 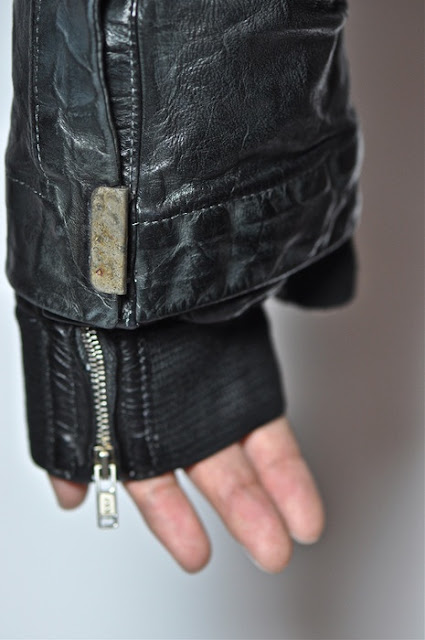 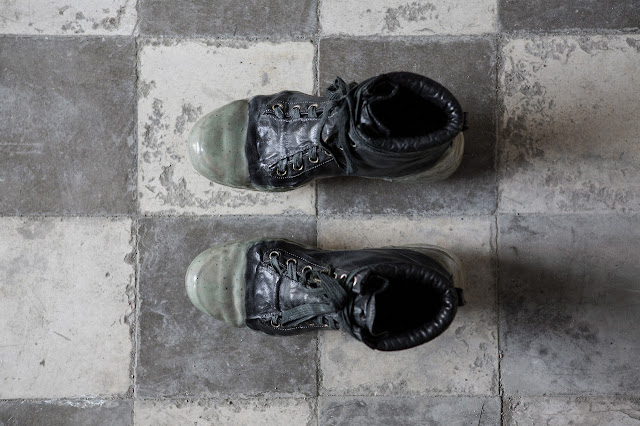 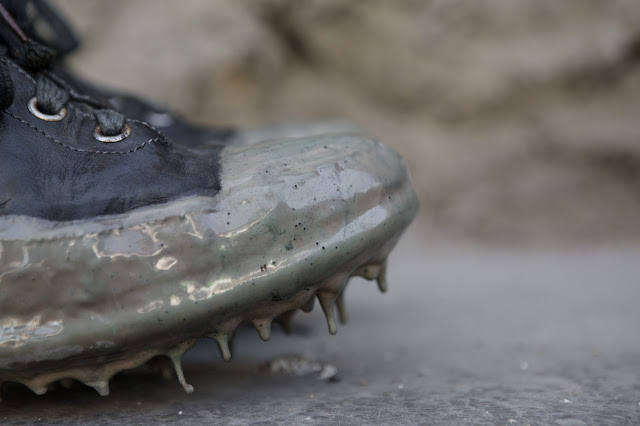 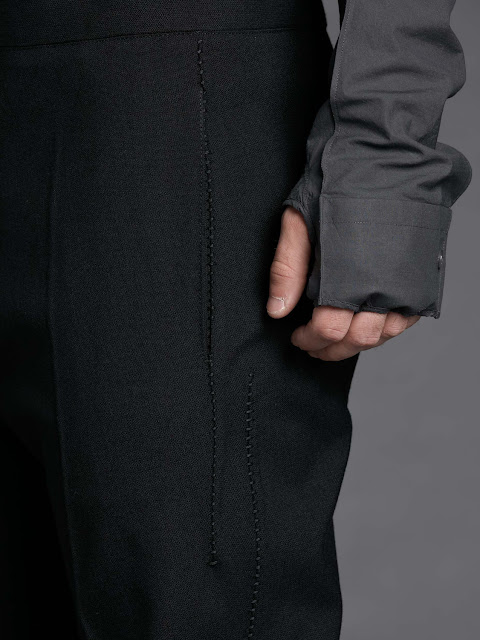 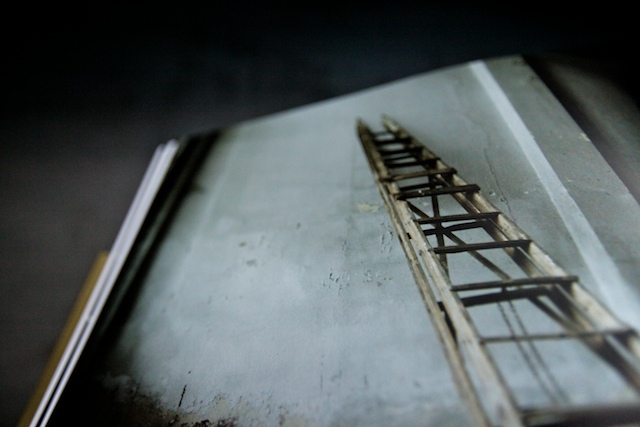 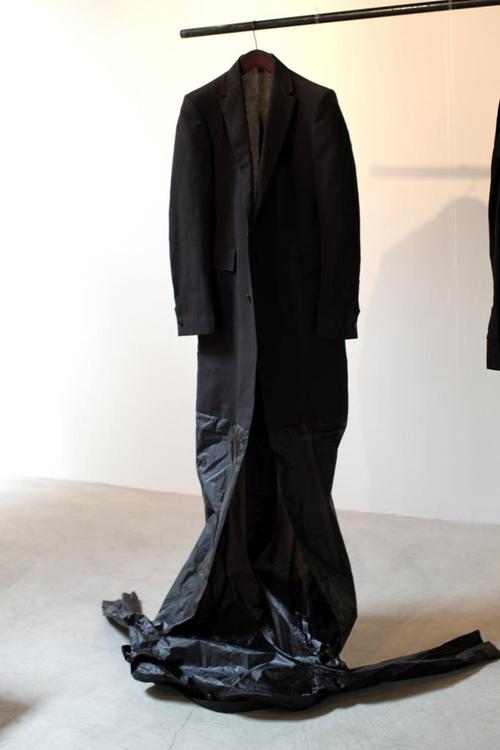 “The invitation was a salmon-coloured factory time card stamped with an hour — seven in the evening — and an address that puzzled my driver: ‘Alzaia Naviglio Grande Under Bridge Viale Cassala [in Milan].’ The Naviglio Grande is the largest of the natural canals that flow through and beneath the industrial neighbourhood where Poell has his studio, and which is the oldest part of the city. By the time we found the spot, the sun looked like a melon. A youthful crowd had assembled along the iron railing that protects the steep embankment. There was no evidence of a runway. There were no assistants in black, no security personnel talking into headsets, no publicist with a seating chart — indeed, no seating. The water, which was pale green and surprisingly clear, though flecked with wisps of straw, reflected a sky full of Tintoretto clouds. ‘Dov’e la sfilata?’ people were asking — where’s the show?


“Then, to universal amazement, we beheld — drifting lazily down the canal — two red boots, a white shirt, a pair of dark trousers. They were followed by a boy dressed in a thick vest of what looked like russet-coloured steel wool. He lay supine and motionless, his limbs outstretched, his perfectly calm face framed by the swirling mass of his hair. There were sixteen of his fellow-volunteers to come. Though the clothes were soggy and a little blurred, one read them — as the current turned the page — like the hand-coloured images in some mildewed yet marvellous old book. Poell’s idea was so poetic that the magical buoyancy of bodies and clothes (kept from sinking by an invisible flotation device) lept the banks and infected the audience with a fit of joy. It didn’t matter, I thought, what the collection looked like on a hanger or in a shop, because the show had performed a feat that is rare enough in theatre or art and practically unheard of in fashion. It surprised a group of people with an emotion they hadn’t been expecting to feel. That is how a child experiences a sensual revelation, and how it is transformed into a memory of being happy. ‘Everybody follows fashion,’ Poell told me later. ‘But change goes against the stream.’” 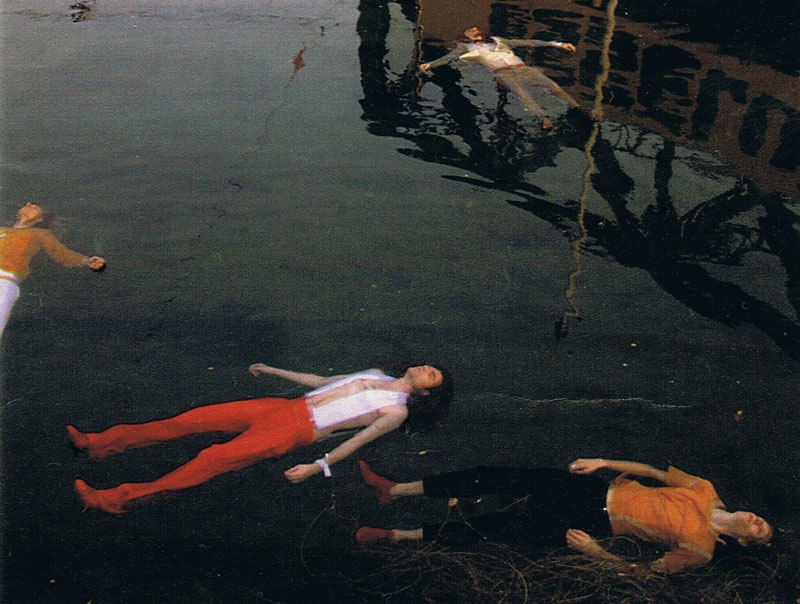 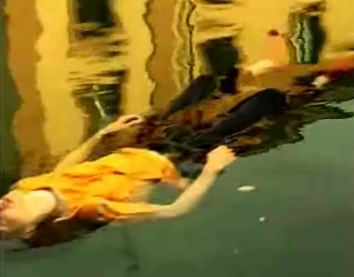 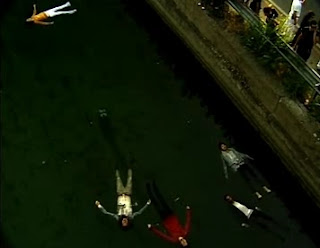 Posted by v the girl